When people imagine why they'd need to perform a water damage restoration project, they usually picture something involving a flood, storm, or water pipe break. Those are all certainly credible reasons for water restoration work, but there are also slow-motion scenarios. Frequently, these involve problems that build up over time from failing A/C systems, poor moisture barriers, and even tiny leaks in the plumbing.

The slow-motion issues can often be more insidious because you might now know to address them until there is major trouble. You can spot them, however, by looking for these five signs.

Moisture in a building usually promotes the growth of mold. If you start to notice a bit of funk, there's a decent chance that moisture is lingering somewhere. Even if you notice it in a usual place, such as a basement, it's not a good thing. The smart move is to look around for areas where mold is collecting on surfaces. Also, look for any wood or concrete that might appear to be failing.

Rusty Metal in the Water System

Areas with high water chlorination often suffer from metal corrosion. If you have metal pipes anywhere in the house and see evidence of rust, you should hunt down where the issues are occurring. For example, the metal valve that acts as the shut-off for a toilet often corrodes first because it's in heavy use. If you see leakage here, it's a warning sign that chlorine is damaging metal pipes.

Moisture also tends to attract creepy crawlies. If you're seeing an uptick in the number of bugs in the building, they may be there because water is getting into the structure.

You can see condensation in houses in all kinds of environments, even arid ones. If a house is buttoned up tight, condensation might collect if the A/C system is failing. Similarly, buildings that are too open to moisture from the outdoors may see condensation if they're in high-humidity regions. If you regularly see condensation on windows or glasses, the building may have bigger issues.

Water gets into wood, and it can rot the wood out from the inside. If you see large splinters of wood anywhere in the house for no reason, you should be suspicious. This is especially the case if you see thick beams starting to crumble. You want to start doing water damage restoration work as soon as possible if there's evidence the problem is structural. 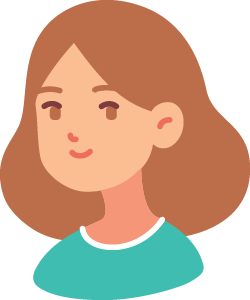 When something catastrophic happens to your home, it can be difficult to move forward. You may be frustrated and a bit sad to have lost your formerly beautiful living space. But the first step is having the damage repaired. You can leave this to the professionals, but you still want to know what's going on so that you can be assured that your home will be beautiful again in the future. This website offers a lot of articles on repair and restoration. In reading them, you can get a better idea of what's going on when repair professionals are working on your space.